Master improvisor and teacher David Razowsky returns one more time to Sydney in late October to present two specially selected workshops. A master improvisor and teacher of theatrical improvisation and acting, David is the most experienced Chicago improvisor ever to teach in Sydney. His first visits to Sydney a few years ago had a huge impact on the community, and this visit will do the same. These will be the only workshops David is doing in Sydney, and will sell out quickly. 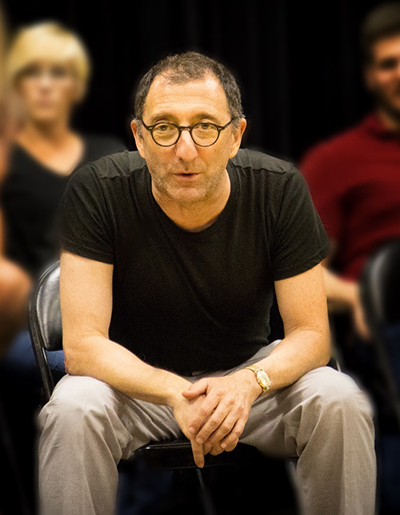 David will be giving a full day workshop on Sunday 29 October 2017, consisting of two of his classic workshops: change and the Jerry chart, and sharpening your point of view. This is an amazing opportunity to work with David consistently over a full day.

Each workshop is strictly limited to 16 people so you get more Dave time. (well, 15, because I’ve already bought mine)

If you want to come to these workshops, then apply using the form below.

David Razowsky was Artistic Director of Second City LA for many years, and has worked as director, performer and in various consultancy roles with companies such as iO, Annoyance, Steppenwolf, Dreamworks, Whose Line Is It Anyway, and Amsterdam’s Boom Chicago. He was also a staff writer for The Simpsons Comic and The Simpsons Sunday, and of course directed and performed with the Second City main stage (with his fellow cast members including Steve Carrel, Stephen Colbert and Jeff Garlin) and Second City touring companies. He’s been called “the guru of improvisation, and an improvisor’s improvisor”, who connects mindfulness with improvisation’s core principals of being in the moment, taking care of your partner, and groundedness. Basically, he rocks, and his CV is way too long.

Feel free to send this to anyone else who might be interested. But we recommend only after you’ve booked yourself in first!