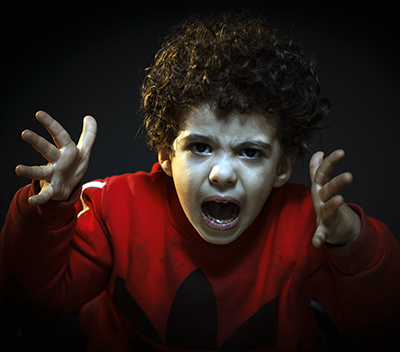 In December 2017, The Sydney Morning Herald published a story about how playful parents can prevent anxious kids. How do parents become more playful? And what does this mean for children and improvisation? Improvisors know very well.

In the last 10 years, research into childhood anxiety has exploded, with recent studies showing that childhood anxiety can become a serious chronic problem that can persist into adulthood. While there are numerous causes of anxiety in children, one area which has been studied is parental behaviour. Studies show that the behaviour of parents does have a role in the development and continuation of childhood anxiety, particularly parents who are controlling, over protective, over involved, or who themselves have issues with anxiety. Think the negative side to helicopter parenting, or strictly guiding a child in a parent’s own image.

The October 2017 study quoted in the story is titled The Structure of Challenging Parenting Behaviour and Associations With Anxiety in Dutch and Australian Children, and has a large number of authors, with 3 of the 10 being from Macquarie University on Sydney’s north shore where we’re based.

They found that challenging parenting behaviour (CPB) can protect children against anxiety triggering behaviours. CPBs are behaviours which introduce and normalise behaviours that children will experience as an adult, in a playful and supportive environment. This includes ”rough and tumble” games, challenging them to step outside their comfort zone, and losing at games or them being negatively affected or challenged by something in play. 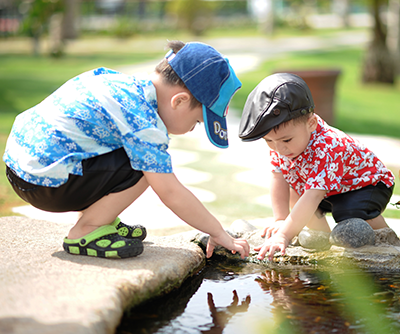 We know divergent thinking is good for creativity, problem solving and as a general way to approach life. We also know that improvisors are masters of divergent thinking. But what about children? Aren’t they naturally divergent thinkers until the real world beats it out of them as they become adults?

The authors ran two experiments. The first tested the impact of taking an improvised vs. non-improvised dance class, and the second tested at the impact of acting and vocal improvisation games vs. other non-improvisation games. Previous experiments have shown that dance classes do improve creativity and divergent thinking, but this study found that improvised dance classes were even more beneficial. And with the theatre games experiment, previous studies have shown that creative drama classes can improve creativity and divergent thinking — which would be concerning if they didn’t, considering they are called “creative” classes. But this study showed that improvised theatre games have an even bigger effect on creativity and divergent thinking.

All of this just backs up what us improvisors already know, that children who improvise and who have parents who improvise, are more creative, are better at divergent thinking, are more confident, have a wider range of friends, and do well in creative domains including art, music and theatre. And they typically end up being more rounded, more grounded, more caring and are just generally nicer people.

We think improvisation should be a mandatory part of every school curriculum, and in fact it should be completely integrated into how children are actually taught. It should also be part of the mandatory “certified to have children test” that most new parents joke about when they see bad parenting. And while we’re at it, let’s make it something that all adults should be doing as well.